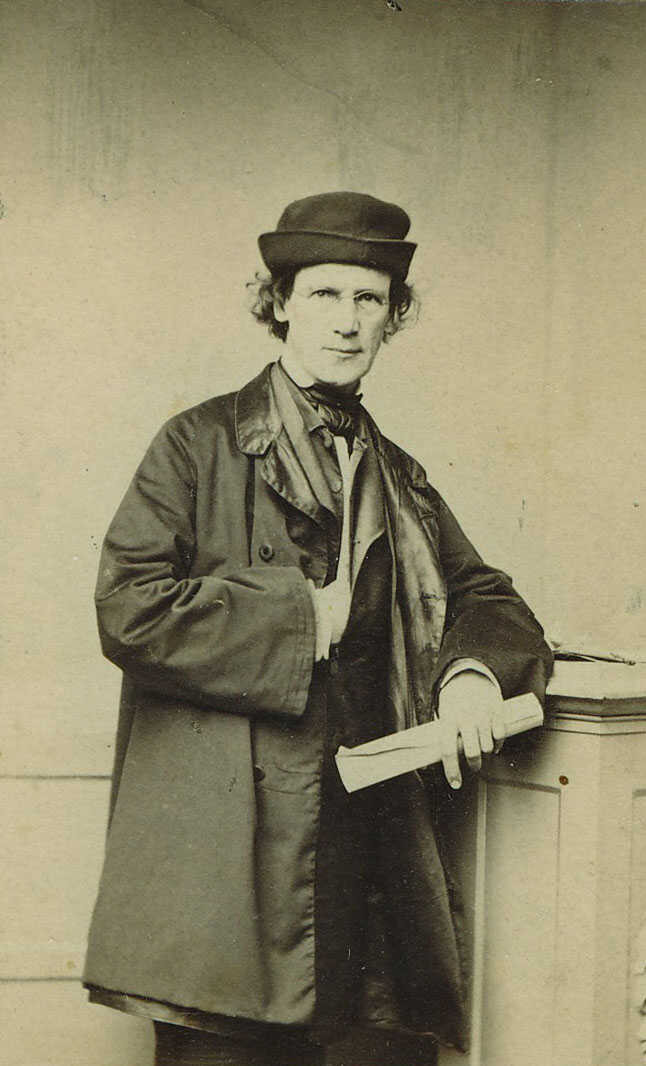 "My life path, my education, and my life’s activities, differ from those of the ordinary." 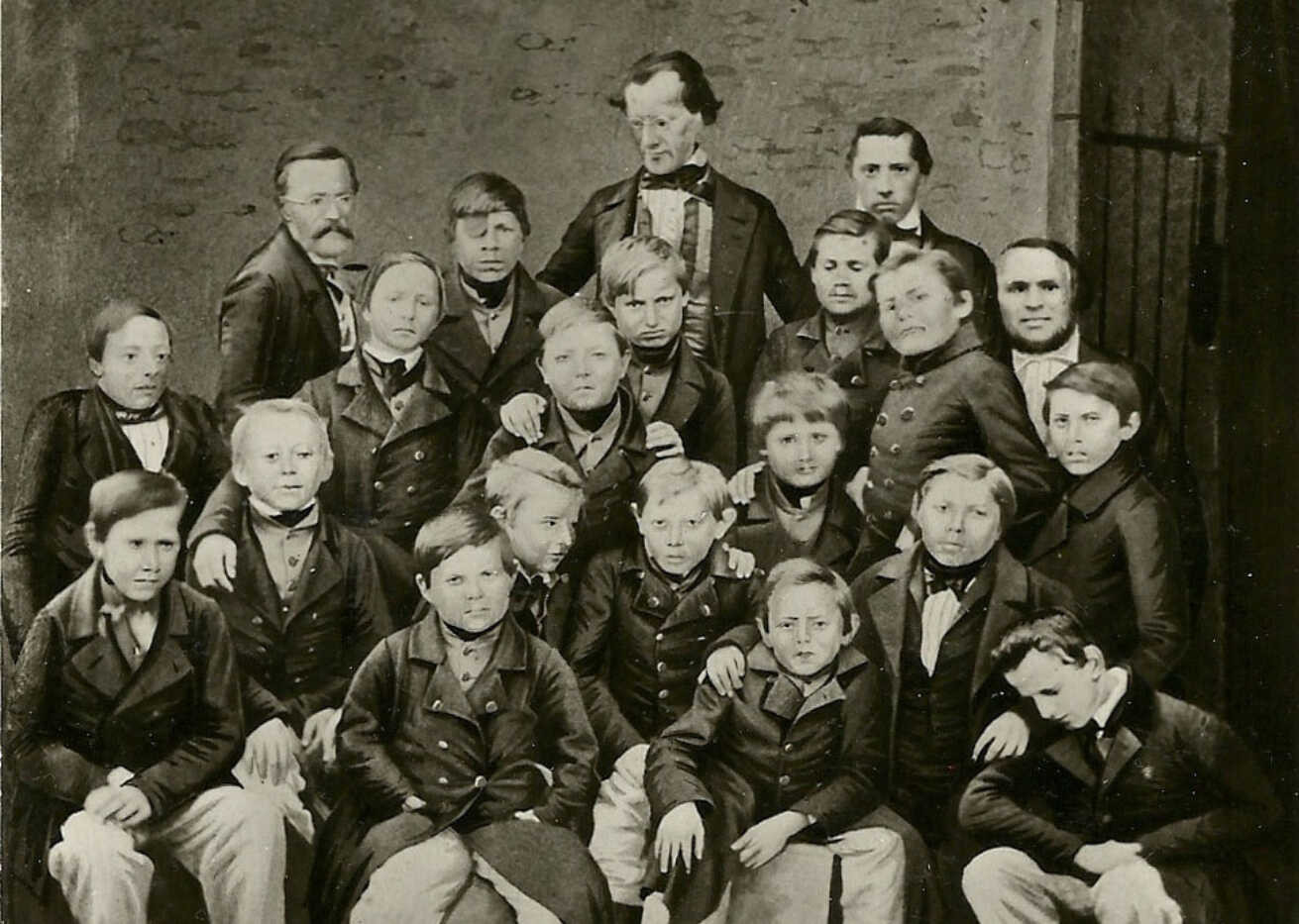 1831 - 1835 studies for ornamental sculpture at the "Royal Academy of Fine Arts" in Munich 1835 Establishment of the "private school for arts and crafts under royal inspection Ludwig I.“ The art dealer Hochwind publishes 120 engraved and lithographed foil sheets by J.G.M. 1836 Marriage to Anna Maria Stöger - sons: Joseph Leonard and Franz Borgias, daughters: Therese (married Zettler / stained glass), Marie (married Wagner / commercial director) and Anna 1844 King Ludwig I. appoints J.G.M. to the head of the "Royal Institution for Handycapped Boys" (80 pupils) which he led for 15 years (until 1859) 1847 Establishment of the Art Institute with the "Privilege of His Royal Majesty" for the by J.G.M. invented "Massa" (stone mass for sculptures) 1851 Purchase of the estate “Stiglmaierplatz 1” from the King`s possession, participation in the "Industry Exhibition of All Nations of London"

"I always saw the relationship between myself and the company I founded, to be similar to that of a father to his family..." 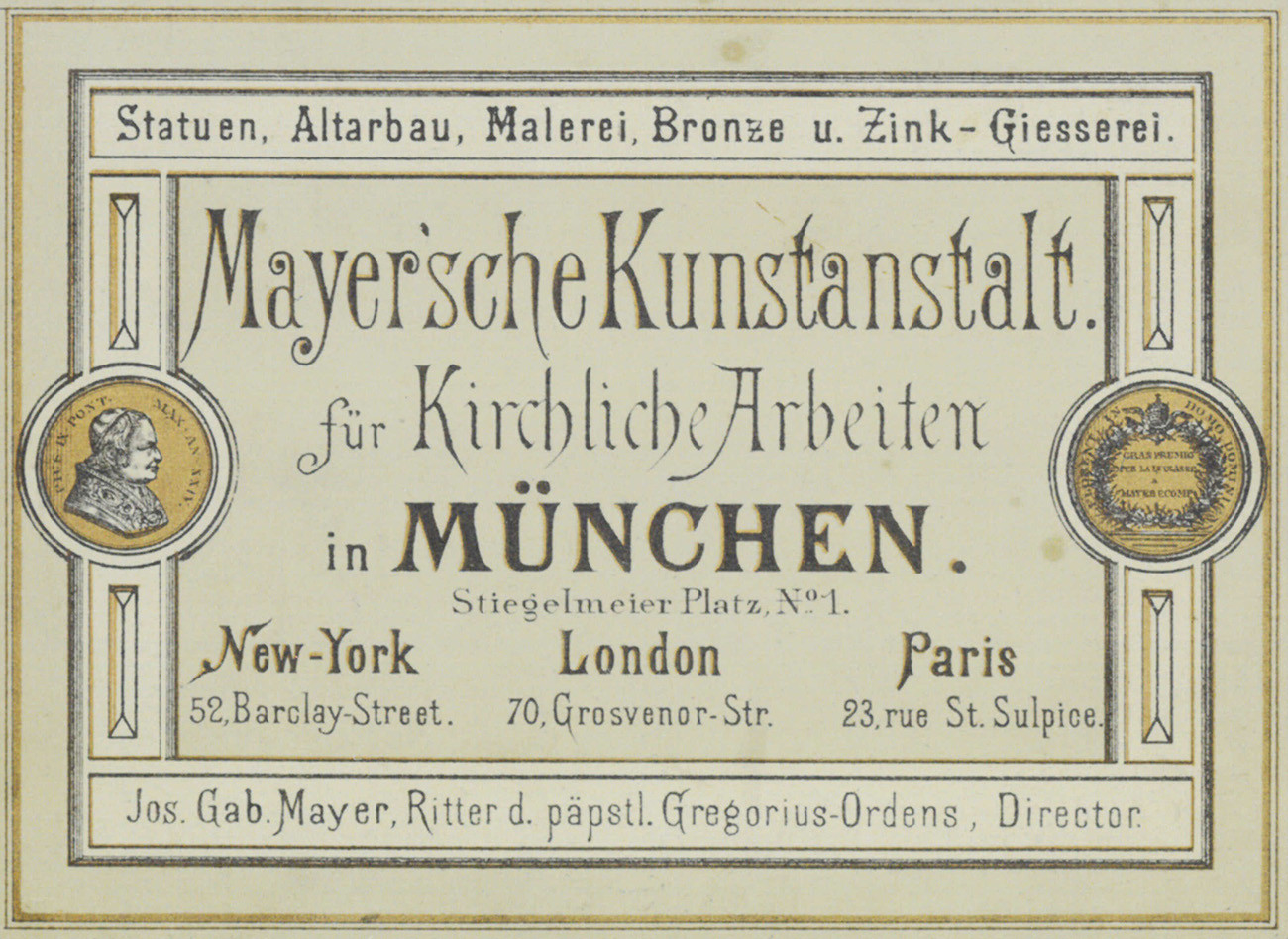 1854/56 Construction of ateliers and workshops for Christian art including statues, altars, and paintings 1862 Establishment of stained glass department by son-in-law F.X. Zettler 1865 - 1876 Establishment of foreign branches in London, New York, Paris, and Dublin 1865 Establishment of the Health and Widow's Benefit Fund 1870 Awards by Pope Pius IX - Great Medal, 1st Prize for "Products of Christian Art" at the art exhibition in Rome and the "Order of Gregory the Great" 1872 receives the Bavarian "Cross of Merit of St. Michael" 1876 Establishing the foreign branches in New York City, as well as South and Central America 1878receives the Knight's Cross by King Ludwig II. at his 70th birthday 1879 Knight's Cross of the Royal Saxon Order of Albrecht

"My work began with the trust in God ... and the essence for art in my youth flourished through blessing and commitment."